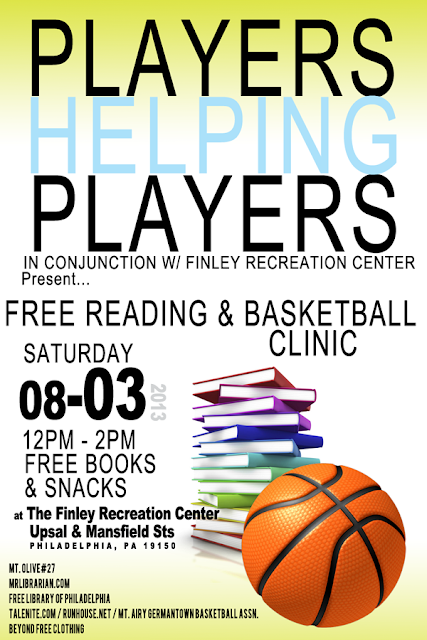 Posted by Mr. Philly Librarian at 6:50 PM No comments: 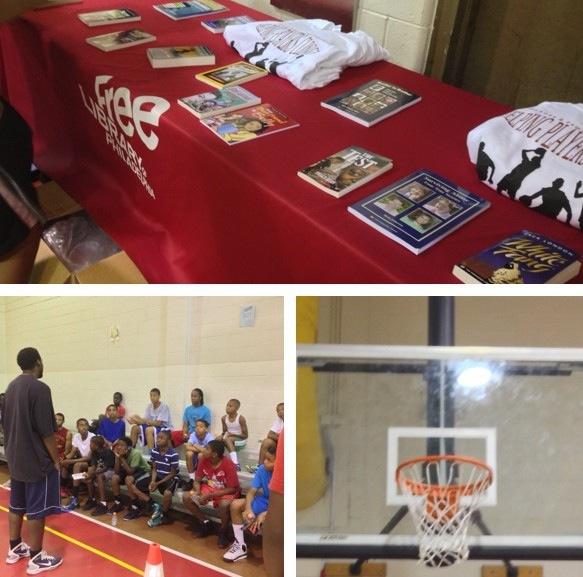 In Philadelphia, a city with a huge emphasis on athletics, it’s not too often that we see athletic skills and life skills taught in conjunction with one another.


However, on Sunday, June 30th, at Finley Recreation Center, about 20 Mt. Airy kids, ranging from ages 6-15, witnessed an exception to that rule, at the 3rd “Players Helping Players” FREE Reading & Basketball clinic.


The program was largely coordinated by William Logan, a Mt. Airy/West Oak Lane resident who grew up playing basketball at Finley Recreation Center.


Logan played under the tutelage of Mt. Airy basketball coaches, Marvin DeBose Sr. and Bob Pembleton in the early 2000s and went on to earn his Bachelor’s degree from Lock Haven University in Sports and Fitness administration and his Master’s from St. Louis University in Concentration Sports Management.


Logan, who is currently the assistant men’s basketball coach at the University of Bridgeport in Connecticut, discussed the importance of this program.


“It’s important for people who had success through [the Finley Basketball program] come back and give back,” Logan said. “We to continue to have something positive going on in the community.”


Shooting, passing, defense and other high-energy drills focusing on basketball fundamentals were the main activities in the 2-hour clinic, largely with the assistance of the program’s facilitators Jordan Ingram, a basketball coach at Mercer County Community College in Trenton, NJ. and Kevin Smith, another former Finley player who’s now a mathematics teacher for Universal Companies in South Philadelphia. 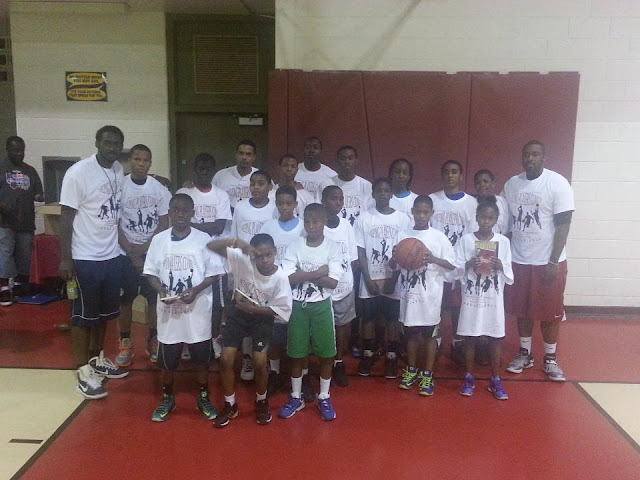 
“Learning how to work with people, learning that it not all about me,” Jordan stated, are some of the life lessons which basketball helps to reinforce. “In high school I didn’t always have the best relationship with teammates, but the job had to be done.”


Smith, who, like Logan, started playing under DeBose and Pembleton at Finley at the age of 14, also drew parallels between athletics and life skills


“Coaching [both on and off the court] plays a big role, it comes down to teaching young players the right thing and how to be not only better players, but better people,” Smith said.


The event was culminated with various motivational speeches on the importance of academics and life skills from numerous former players and coaches. Players spoke on the importance of community service, academic excellence, and hard work and dedication both on and off of the court.


“It’s not about finding the most talented players and talking to them about how talented they are.” Ingram said. “No let’s focus on picking up books and your academics.”
To further emphasize the academic message of the program, players were also given a choice of countless books to take home, sponsored by the Free Library of Philadelphia.
DeBose Sr., the former Finley Rec coach of Logan and Smith, who now works as a librarian for the Free Library of Philadelphia, helped to distribute the books while explaining the various programs going on at the library while also offering people to sign up for library cards.


The coaches of the “Players Helping Players” clinic hoped that the program was effective in not only linking life skills and basketball but giving the youth a positive, ambitious outlook.

Be sure to come out to our next "Players Helping Players" Free Reading and Basketball Clinic. Boy & Girls age 8 - 15! August 3, 2013 from 12pm until 2:30 pm @ Finley Recreation Center located 1100 E. Hortter St. (Uspal St. & Mansfield Ave.) Phila. Pa. 19150. Spots are filling up Fast! For more information or to Pre-register Email: Playershelphingplayers@gmail.com

Posted by Mr. Philly Librarian at 4:24 PM No comments: 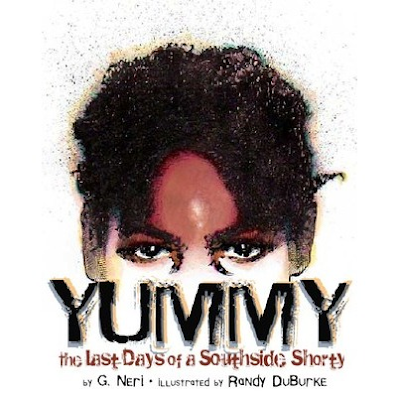 In June of 2013, 15-year-old Donald Ray Dokins was sentenced to 90 years to charges of murder and attempted murder in connection with a June shooting that killed a 1-year-old boy and injured his father in Watts, CA.

As gruesome and dark as the story of Dokins' is this scenario, of an inner youth being involved in a murder, isn't new at all. Back in 1994, America was shocked by a similar incident which rocked a city almost on the other side of the country; Chicago, IL.


Before Donald Dokins' story, in 1994, there was Robert "Yummy" Sandifer, an 11-year-old Chicago gang member whose powerful story was covered in Yummy: The Last Days of a Southside Shorty, which I couldn't put down.

Yummy was raised by his grandmother, with, at times, as many as 19 other siblings because his mother was a drug-addict and his father was incarcerated.

In 1994, while shooting at a rival Chicago gang, Yummy killed a 14-year-old girl named Shavon Dean (an old friend) by accident in his neighborhood. This killing made national news; every news channel had Yummy's picture displayed on the TV screen.

Trying to avoid being arrested, Yummy went on the run. With a promise to find him a safe place from the police, he met up with two fellow gang members’ brothers Craig (16) and Derrick Hardaway (14).

But instead of driving him to safety they drove him under a grassy underpass and shot him twice in the head.* In the end “Yummy” was betrayed by his own gang, the “Black Disciples”, the same group that he revered and was out to impress. 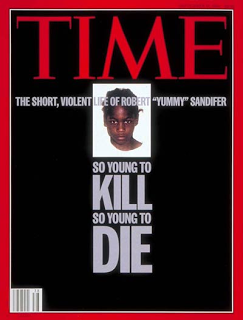 ﻿
﻿﻿﻿﻿
Many of the neighbors in his community blame his abusive parents for turning Yummy into a monster (Yummy was beat and burn with cigarettes often).

The media blames the state system that turned him back out onto the streets after being arrested time and time again. Judges blame the laws that allowed gangs to use minors to commit felonies because they can’t be convicted as adults. Was Yummy a victim of society’s ills?

Overall, I highly recommend Yummy: The Last Days of a Southside Shorty to teenagers, adults and educators. I always use this classic book in my book club discussions as a deterrent to the drug/street gang culture for at-risk boys in my community and as a harsh reminder of the fact that when we fail to learn from history, we often repeat it.