"The Streets Are Talking" with Omar Tyree

"The Streets Are Talking"
with Omar Tyree!

Thank you for taking time out of your busy schedule for this interview. I remember when you first started writing books and you showed me your self-published copy of “Capital City” with the yellow cover page. It great to see a childhood friend dreams become reality.


Q. What inspired you to become a writer?


. I had some things that I wanted to say and some stories to tell and I was good at writing, so I took advantage of my opportunities to try it. Basically, I stepped up to the plate and didn't back down from the challenge of being the first one to do it. It was pure heart and soul.

Q. What writers influenced your work?


OT. Walter Mosley, Iceberg Slim, Richard Wright, Terry McMillan, Toni Morrison and Chester Himes all had influence in my style. And from there I created on my own.

Q. What role did The Free Library of Philadelphia play in your development as a writer?


OT. I had my first big author events at the Free Library of Philadelphia at the Main Branch downtown in the park, and my first local event was at the Germantown Branch(Joseph E. Coleman Northwest Regional Library). The Philadelphia Libraries gave me much love and were the first national libraries to carry my books. In fact, we need to organize a new big event in the Philadelphia library to discuss the explosion and change of the black book and publishing industries over the past 20 years. A lot has changed.

Q. What part of Philly did you grow up in? How did growing up in Philadelphia influence your writing?


OT. I grew up in West Philly and moved to Mt. Airy and they were two different worlds. So I had the hardened edge and fortitude of a West Philly kid, but then had the optimism and opportunities of a Mt. Airy kid. So I understood what opportunity was all about while not letting anyone or anything stop me. And that Philadelphian fortitude helped me to establish myself as a young entrepreneur when I started publishing my first books. I wasn't afraid of anything. So I took it like a street fight and went at it.

Q. What would you say is distinctive about your work?

Q. How would you say the landscape of urban/street literature has changed since you first started?

OT. Well, for one, too many people started writing the same stories about the hood, where I wanted to see more black books in science fiction, fantasy, mystery, international thrillers, satire, paranormal and everything else. We don't all need to write about the hood 5,000 times. So the genre gig word out. And I never called mine "street", it was always "urban" like urban radio, [which a word used to describe] black, inner-city and soulful. But a lot of the new authors lost the soul and complexities of the work. It just got darker and darker without light.


OT. All of the above. But I was more of a watcher than a participant in the [experiences of my story's characters], so I wrote more from research. I had a strong family that led me away from [engaging in negative activity]. I was also the oldest brother of three where I had a direction to provide to younger brothers with more weight on my shoulders to lead.


Q: What advice would you offer to a young writer trying to get their book out there?
OT. Write something different and promote the heck out if it. It's much harder to do now. I mean, you can get it out, but how to make it stand out. Since, I was the first to do it, I didn't have to worry about so much competition. But now there's plenty of it.

Q. What are some of your upcoming plans for the future?


. E-books are the new name of the game with no publishers in the way to dictate what comes out and how. So I'm down with EbookNationInc.com where they've allowed me to be as versatile as I want to be and expand the subject material to reach more global readers. That's what I'm into now. Let's make the urban more global.

Q: So how has it been for you in terms of book sales?

OT. I had a glorious career for the first ten years from 1992-2002, and after that, the competition grew steeper and steeper, so now I have to rebuild new numbers in the e-book world. And it's all about the social media game now, so I'm @OmarTyree, LinkedIn, Facebook and soon on Instagram to keep pushing my new work.

Q: Do you think the industry is changing in that respect?

OT. Definitely! E-books are taking over. The libraries will feel it too. [The Free Library of Philadelphia] will become more computerized with e-book readers in the libraries in booths. The book stores are closing down, the print costs are still rising, and we no longer have big author events like we used to have. So when the authors are no longer celebrated like they used to be, do they still sell the same numbers? I believe not. So how do we make books and book events cool and crowded and the thing to do again?

Q: Tell me more about your success by publishing books in EBooks format?

OT. As first I didn't believe in e-books. I was old school and all about the physical print. But when I could no longer get published because my interests in new directions, I had no choice but to go to e-books. Now I have a brand new game plan. So get down with EbookNationInc.com!

Q. Talk a little about your new eBook “Psychedelic."

OT. "Psychedelic" is a music comedy film idea that would have never been published as a physical book, because the publishers, particular of black books, don't have anything to compare it to. My "Just Say No!" book would come close, but that was a music drama where "Psychedelic" is a comedy. And folks will enjoy it, laugh out loud, think about the music industry and want the film. And it's just the first of more comedy book ideas to come.

Q. What did you think about the Philadelphia Literary Legacy celebration honoring Philadelphia’s rich literary past and present? Do you think that you earn a spot in the top 50? (I thought you deserve to be recognize base on the body of work that you have written compare to other that was recognized.)


OT. Well, with something like that, it's always about who is voting. If your talking about 50s and up, they might not think of my work. If your thinking about the academics and intellectuals, they may not think of my work either. But if you ask the readers, they will place me in the Top 3. But to have a list of 50 Top Philadelphian writers and Omar Tyree not make that list would be absolutely ridiculous. I would say that those folks who voted either totally forgot about me, or they haven't checked my résumé. 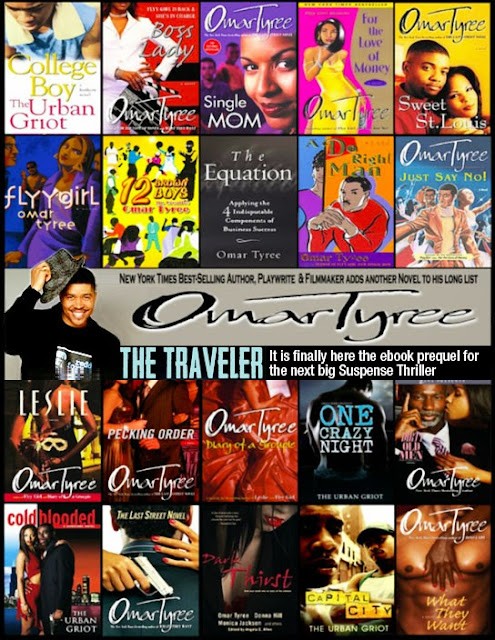 Posted by Mr. Philly Librarian at 7:30 AM No comments:

Email ThisBlogThis!Share to TwitterShare to FacebookShare to Pinterest
Labels: The Streets Are Talking 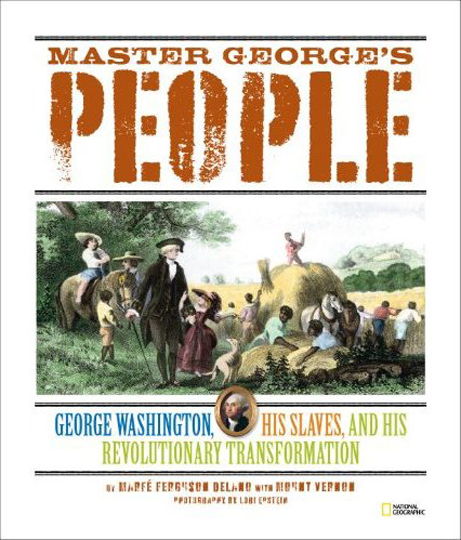 
This very interesting book came to my attention from a teacher friend of mine, I usually only post book reviews on teen and adult literature but I think that this book will generate plenty of comments & questions.  So that I can stay impartial, I’m going to use this review from Amazon.com.


As the first President of the United States of America and the Commander in Chief who led a rebel army to victory in the Revolutionary War, George Washington was a legendary leader of men. He had high expectations of his soldiers, employees, and associates. At his Virginia plantation, Mount Vernon, his expectations of his workers were no different: “I expect such labor as they ought to render,” he wrote.

Except there was a big difference, the workers who kept Mount Vernon operating were enslaved. And although Washington called them “my people,” by law they were his property. The Founders birthed a document celebrating “Life, Liberty, and the Pursuit of Happiness” as unalienable rights at the same time people were being bought and sold. But the people of Mount Vernon were so much more, and they each have compelling stories to tell.

In the pages of Master George’s People, Marfé Ferguson Delano gives us fascinating portraits of cooks, overseers, valets, farm hands, and more—essential people nearly lost in the shadows of the past—interwoven with an extraordinary examination of the conscience of the Father of Our Country.

Posted by Mr. Philly Librarian at 9:24 AM No comments: