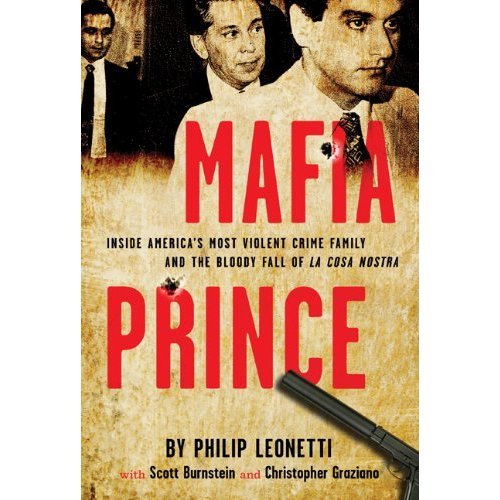 When you think of the history of Philadelphia, you usually think of things such as the Constitution, the Liberty Bell, and people like Benjamin Franklin. Yet, many people don't know about the more dark, sinister history of "The city of Brotherly Love".

Phil Leonetti's compelling book, Mafia Prince, is a true crime story about one of the ferocious eras in Mafia History led by the control of Philly mob boss Nicodemo "Little Nicky" Scarfo written by his nephew and under boss Philip Leonetti.

Leonetti was the youngest mafia family underboss ever at the age of 31. With his uncle at the helm of the Philly mob family, they are dragged into the bloodiest mob war played out on the streets of Philadelphia. Nicky Scarfo not only killed his enemies, he also killed his friends that he feared that they were competing for his power. These psychopath-type traits made him turn on family and childhood friends.

Their violent tenacity would become the downfall of their Philly crime family. After being connected to nine murders, Leonetti decided to turn state evidence against his own crime family. His direct testimony led to mobsters all over the country, including Mafia big wigs such as John Gotti (boss of the Gambino family), Vincent Gigante (Boss of the Genovese family) and of course, his own uncle Nicky Scarfo.
This was a book that was hard to put down. Mafia Prince was very detailed of the inter-workings of the mob. I think it's safe to say that Little Nicky was a very feared and dangerous person!

Posted by Mr. Philly Librarian at 9:57 PM No comments:

A Game of the Thrones 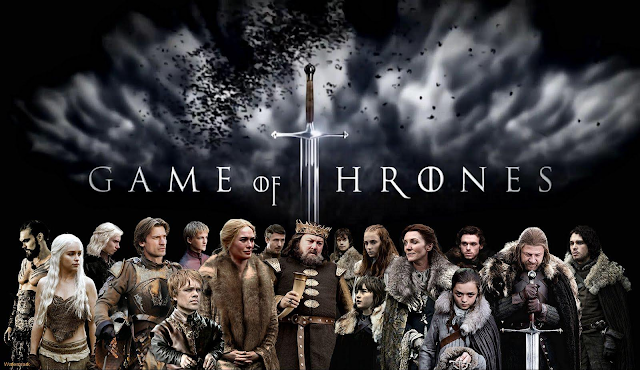 According to the television ratings this season, The Game of Thrones is currently averaging a cumulative total of 13.4 million viewers (and rising fast), but because each season only covers a small percentage of the whole story that's in the books, in the long run, fans are thirsty for more..... So below are reviews for books 1 through 5.

Author George R.R. Martin does an excellent job in writing this series of medieval adventure books. Contrary to typical stories, he kept us in suspense by killing off some of the series the most beloved characters such as the honorable family patriarch, Ned Stark, in the first season, as well the infamous “Red Wedding “ scene that shocked the viewers worldwide (including my wife).

Many of my friends that didn't read the books in this collection, vow to never watch the series again after watching the very graphic scene when  Robb Starks,his mother, his pregnant wife, and many of his men were surprisingly  ambushed and killed at his uncle wedding reception.

Read the book! These books are a must read!

OK! I’m going to give you a sneak peek!

In the book, Robb Starks marries a girl named Jeyne Westerling, daughter of a Lannister banner man (Talisa, his television wife is not in the book). His wife in the book, Jeyne did not attend the “Red Wedding” and was not pregnant therefore lives on after his death("A Storm of Sword" Chapter 51).


Hi Friends: I highly recommend this book, especially to sports enthusiast. My teen book club @ Overbrook Park Library is reading this book for the month of June. Amazon.com named this the 2010 Sport Book of the Year! 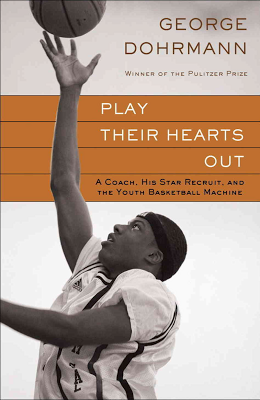 
This is a great sports book that details the true story about the scandal and corruption of AAU and College basketball.  The author George Dohrmann, Pulitzer Prize reporter for Sport Illustrated did a great job covering this story by revealing the cutthroat business of exploiting grade school athletes.  Dohrmann follow a 10 years old AAU, boys basketball team for 8 years. He was allow total access to the team after promising their Coach Joe Keller that he would not publish his story until after all this team members, were in college. Dohrmann document the corruption that began with Demetrius Walker who was an innocent 10yrs. old that was manipulated and fed an “Hoop Dream “ of become the next Lebron James.  This story other main character is the insane, money driven Coach Joe Keller who main purpose of coaching this group of elite 10 years older, was on the hope of financial gain in the future, through sneaker company and college coaches trying to get their hands on the next superstar basketball  player AT ALL COST (and yes he is still coaching).


Dohrmann talks about how sorry he felt for these kids and the families who most of the time were poor and very ill-informed and look at basketball as their only way out of their current situation of living in poverty. Even to the point where their parents would put them in harm way with the dream of one day become a millionaire in the N.B.A. I guarantee you that after reading this book you will look at AAU basketball very-very differently.


Posted by Mr. Philly Librarian at 4:33 PM No comments: